A drink without alcohol able to get you drunk. Is it possible? 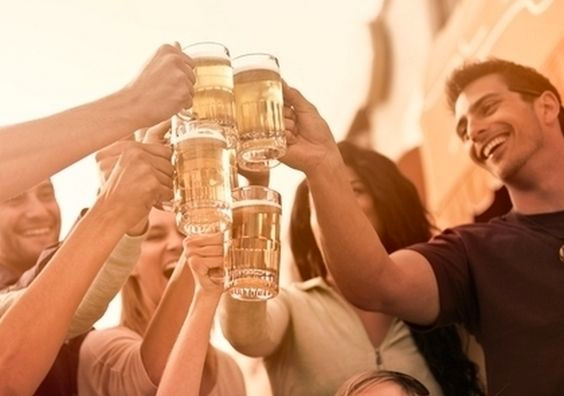 Do you imagine being able to get drunk without drinking a drop of alcohol? Well it looks like it this is going to be real very soon and thanks to David Nutt.

The really interesting thing is that consuming by consuming this particular drink you will only feel like you are in that funny moment that produces a couple of glasses of wine, so you never  take a binge by consuming this drink. Nutt says who consume Syntothol  will feel a tipsy for a period of up to 6 hours. In addition, the Syntothol has no calories, no fat so even a gram. and you never get fat consuming it.

For those who are a bit skeptical about this drink, you should know that David Nutt is an eminence in the world of drugs and spirits drinks. He was adviser on drugs in the British Government and he is currently a Professor of Neuropsychopharmacology at the Imperial College of London. Nutt has spent many years working to stop the consumption of drugs and alcohol and it appears that he is very close to achieve it thanks to Syntothol.

The scientific interpretation of Syntothol explanation is very simple: it affects in the same neurotransmitters that influence alcohol or drugs, so it riches the same relax and inhibition effects of consumption of these substances but without causing addiction and other side effects .

What is the flavor of the Syntothol? It really is a difficult to answer this question because depending on what drink is consumed , the taste can vary. It can be consumed with a soft drink or a glass of wine, it’s depends on the consumer.

It is important to know that Nutt has thought about everything and he is developing a pill able to stop Syntothol effects immediately.