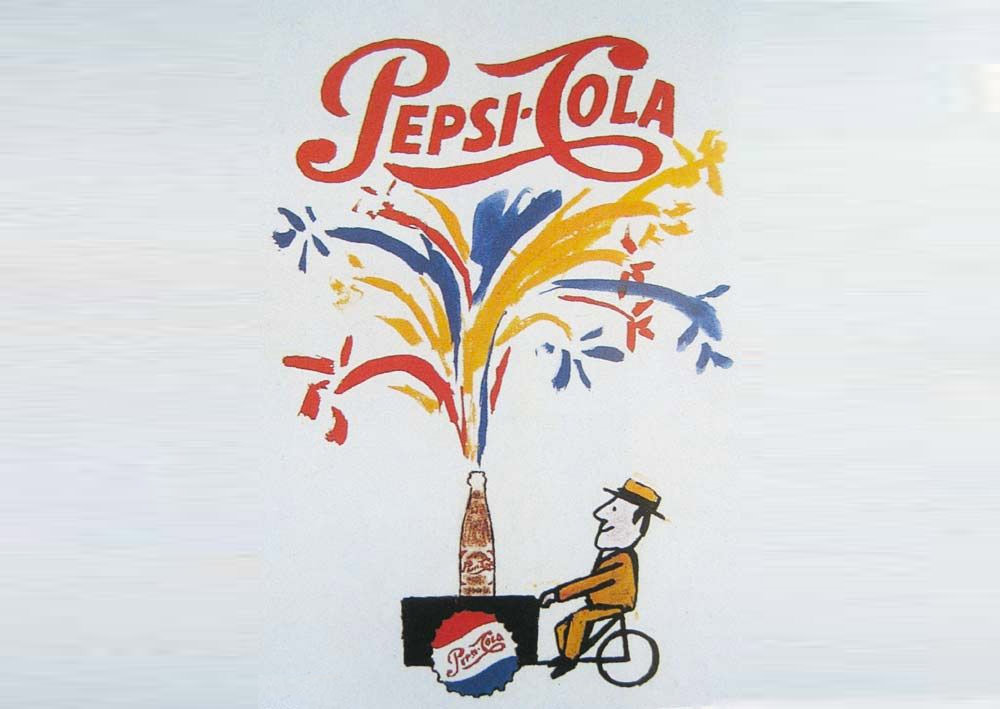 There is no person in the world who doesn’t know Pepsi because it is one of the top 50 brands in the world. In 1893 Caleb Bradham, a pharmacist from North Carolina, began experimenting with non-alcoholic drinks. His beverage was called Brad's drink and it was elaborated with carbonated water, sugar, vanilla, oils, pepsin and cola nuts.

This beverage had a huge success, and in 1898 he bought the trademark Pepsi Cola. What many people ignore is that it was the neighbour of Caleb who designed the logo of the brand. A logo that has evolved over the years but it has maintained its essence for more than 200 years. When he realized the success of Pepsi Cola, Bradham focused all hid business in this product,  registering the trademark and opening a factory with 97 equity shares.

Everything was fine for Pepsi Cola until the arrival of the Great Depression, when the factory of Bradham went bankrupt and Roy Magargel bought it. However he was not able to revive it although he even tried to sell the brand to Coca-Cola. This effort was a resounding failure. Finally, the company was held by Charles Guth, President of the candy factory Loft Inc. With this new purchase the brand rejuvenated its image, a new formula was created and it was registered in 80 countries with a big campaign behind. Thanks to this, Pepsi achieved a good position behind Coca-Cola as the most recognized in the world.

The next owner of the company, Walter Mack conquered Mexico, South America and the Caribbean, and replaced Pepsi's iconic glass bottle with one in relief . In 1950 the goal was to overcome Coca-Cola so they hired a publicist who emphasized the great brand values comparing with its rival.

After several hand changes and different collaborations, in 1986 the company was strengthened with other brands like Pizza Hut and Taco Bell. Currently PepsiCo, also owns brands like Quaker, Gatorade and Tropicana.

Pepsi goes always together with marketing and advertising strategies to try to distance itself from his first and major rival, Coca Cola. Throughout its history it has turned into one of the brands that invest more in advertising, image, packaging, etcetera.

At this moment it is one of the most consumed brands worldwide and has a turnover of 30 billion dollars and more than 480 thousand employees.  Bottles, cans and logo are always submitted to different changes promoting different events around the world.

Affinity Drinks is dedicated to the import and export of all types of alcoholic beverages and soft drinks. If you want to make any order you just have to enter our website and contact us. We will be at your availability to offer the best deal and the best quality / price. We are waiting for you!!